Binkley Street: Binkley was fully rehabilitated including completely replacing the street’s asphalt, curbs, gutter, and sidewalks and adjusting utilities as necessary. Landscaping was upgraded at key points along the right-of-way. Mini-roundabouts were installed at three main intersections, improving the traffic flow and safety.  The City received State of Alaska grants to fully fund the reconstruction.

Riverside Drive Sidewalk: This past summer the City constructed a new sidewalk on one side of Riverside Drive. This sidewalk increases pedestrian connectivity and safety on a busy road in Soldotna.

West Redoubt Sidewalk and Street Lighting: Sidewalks and street lighting were extended along the street from the Memorial park to the end of the road. This project provided additional pedestrian and safety features for the recent residential growth in this area on one of Soldotna’s major streets.

Soldotna Regional Sports Complex Re-roof: The Sports Complex was constructed in 1983 and had been dealing with roof leaking problems for a several years. This project replaced the roof throughout the building, down to the deck and is expected to last 30+ years.

North Aspen Drive: The existing gravel road on North Aspen Drive was a maintenance and drainage nightmare. In addition, the water main on this street was aging and has had past freezing issues. In the summer of 2015, the City replaced the water main, added storm drain piping, paved the street, built a sidewalk and added street lighting to this commercial street.

Airport Apron Expansion and Taxi-lane Rehabilitation: This project included the construction of new apron and lease lots within the re-located Funny River Road alignment. Taxi-lane 12, the most heavily used aircraft and vehicular strip, was repaved. Like most airport projects, this work is almost entirely grant funded through the FAA.

Streets Inventory and Management Plan: The City has completed an evaluation of our existing roads, how we maintain them and where our street priorities should be moving forward. The roads in the City were rated based on their current conditions and traffic levels to develop a priority list for future road projects. We also have a maintenance plan to aide us in maintaining our paved roads by performing the right repairs at the right time, to get the best value for our dollar.

Utility Master Plans: Through an Environmental Protection Agency Special Appropriations Act grant the City hired a consultant to assist in the development of water, sewer, stormwater, and wastewater treatment plant master plans. An inclusive assessment of all systems to enable the City to efficiently operate, maintain, and improve our infrastructure.

Centennial Park to Visitor’s Center Trail Connection: In the fall of 2015, the City began constructing a trail to connect the eastern end of Centennial Trail to the Visitor’s Center riverwalk. The gravel portion of the trail was built and we have constructed a  new elevated walkway to join the gravel trail to the riverwalk this winter. Now that the trail is constructed there is a complete walkway from Centennial campground to downtown Soldotna.

Visitor’s Center Re-roof: The previous roof on the Visitor’s Center had reached the end of its life expectancy and was in need of repair. The roof was replaced in May this year and with the improvements, the new roof is expected to last 30 plus years.

Airport Master Plan: The Master Plan will analyze existing airport use and facilities, and will provide short, medium, and long term development recommendations. The existing master plan is now 10 years old and requires updating. A planning grant, from the Federal Aviation Administration (FAA), funds this project.

Airport Aeronautical Survey and GIS: This phase of the Master Plan includes imagery acquisition, photogrammetric mapping, and development of the electronic Airport Layout Plan (ALP). Completion of this FAA-approved work will enable the City to verify and demonstrate approved approach procedures.

Wilson Lane Asphalt Rehabilitation: The deteriorating asphalt condition of Wilson Lane will require new pavement in the summer of 2016. Sub-base material is expected to be in good condition; this project will re-pave and fix minor deficiencies along the 1,700 foot street. Utility repairs will be conducted prior to laying the new asphalt.

Gateway & Parks Signage: The Planning Department recently worked with a consultant team to develop a Downtown Improvement Plan, which recommended that three gateway signs be installed at the entrances to the downtown commercial area. A design/build process will commence in early 2016 and will also incorporate some increased signage for selected City parks.

Mid-block Street Crossings: The Planning Department used grant funds to develop a Safe Routes To Schools document. That document identified the need to construct a new mid-block crosswalk, and the relocation of an existing crosswalk. This work is scheduled to be completed in the summer of 2016. 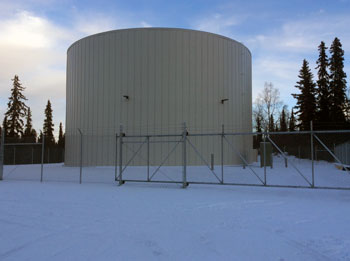