All residents and commercial facilities within the City limits generate wastewater. The purpose of the collection system is to collect this wastewater and transport it to the wastewater treatment plant. Waste water is collected from approximately 29 miles of sewer lines and 16 different lift stations to the City's Wastewater Treatment Plant for treatment and disposal. 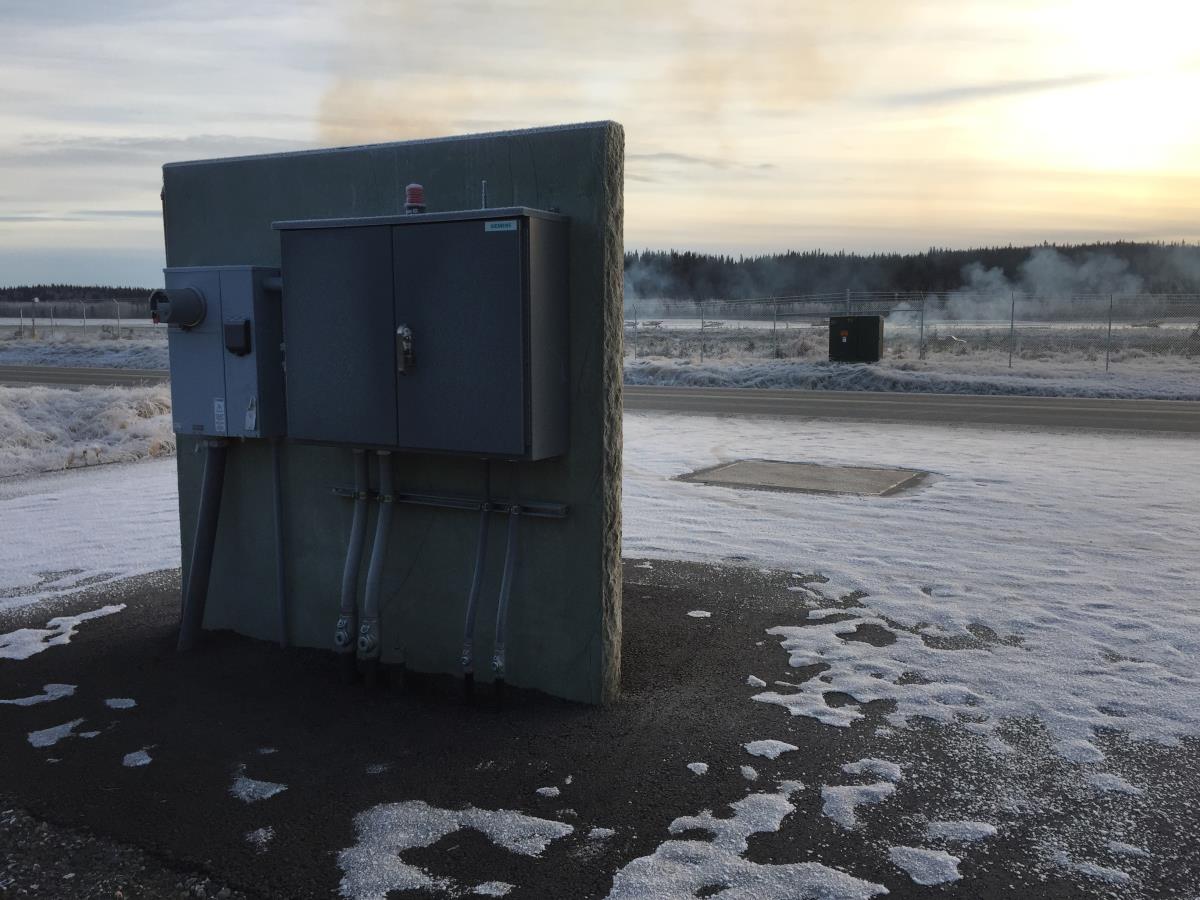 The Soldotna Wastewater Treatment Plant provides sewage treatment service for approximately 4,000 people. The design capacity is 1.2 million gallons per day with a maximum flow permitted by the NPDES permit of up to 1.08 million gallons per day. The plant removes on average 98.4% of the biochemical oxygen demand (BOD), and 97.9% of the total suspended solids (TSS). Waste from the process is transferred to an aerobic digester, then processed through a belt filter press, and ultimately transferred to the Kenai Peninsula Borough Soldotna Landfill. 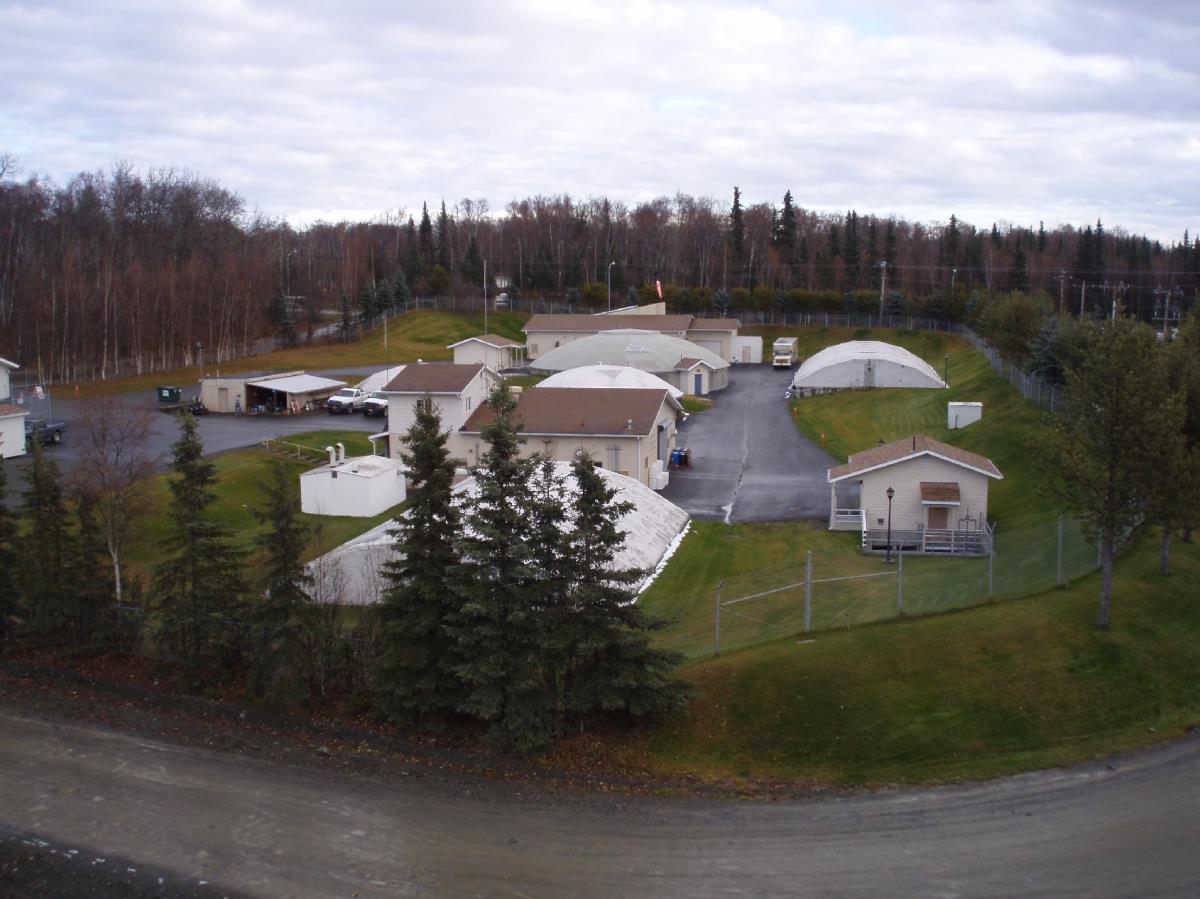 The primary solids are removed with either a mechanical filter screen or a manual bar screen, then passed through the grit handling system located in the headworks building. The mechanical filter screen is automatically self-cleaning. It is capable of removing all materials larger than 5/8 inch in diameter, the manual bar screen serves as a backup to the filter screen. The discharge from the filter screen is discharged into the concrete screening channels leading to the grit chamber. The grit chamber is designed to remove heavy matter prior to biological treatment. After the primary solids are removed from the process, the pH of the solids is adjusted between 12 and 12.5 units and hauled to the Kenai Peninsula Borough Soldotna Landfill. 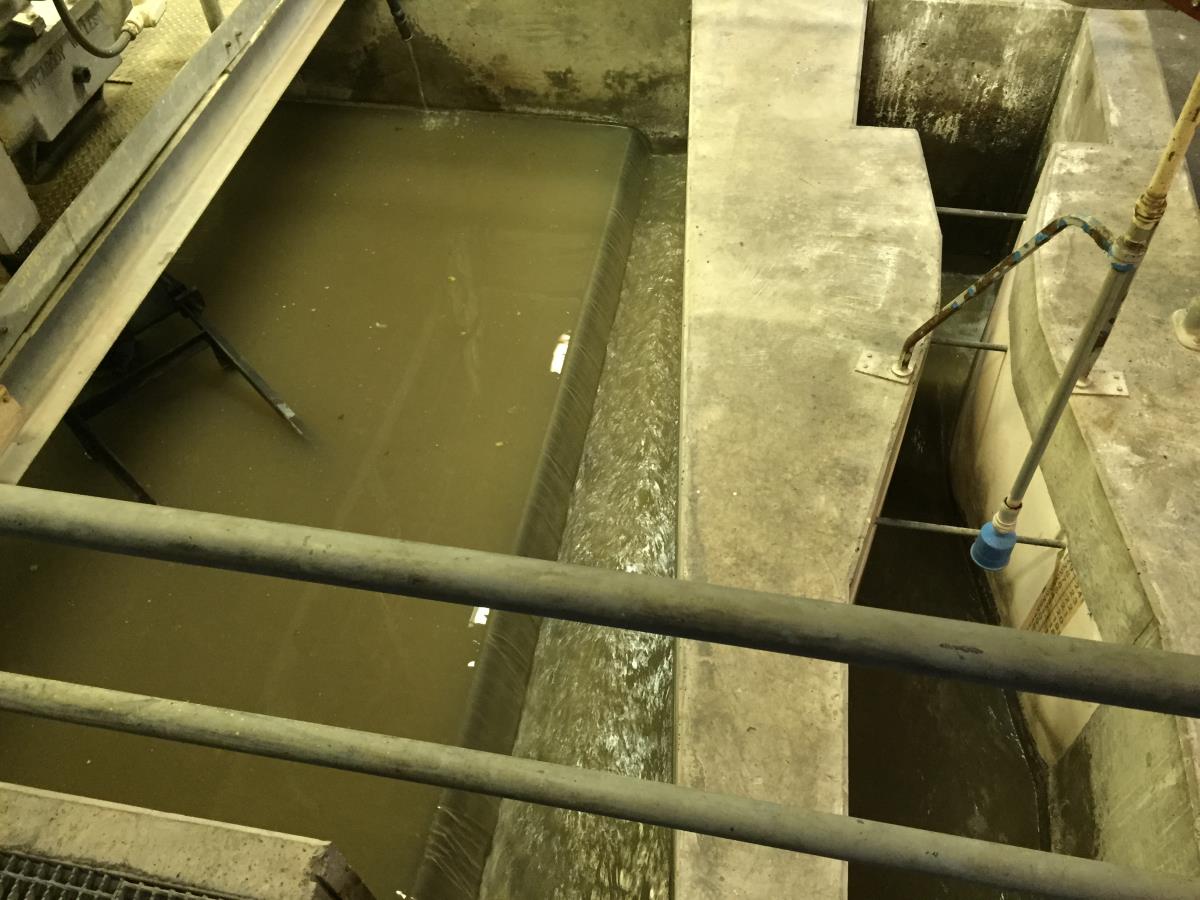 Mixed liquor enters the secondary clarifiers, which slows down the flow and allows the sludge to settle and produce a clear effluent. Scum is removed from the surface of the clarifiers and transferred to the digester. 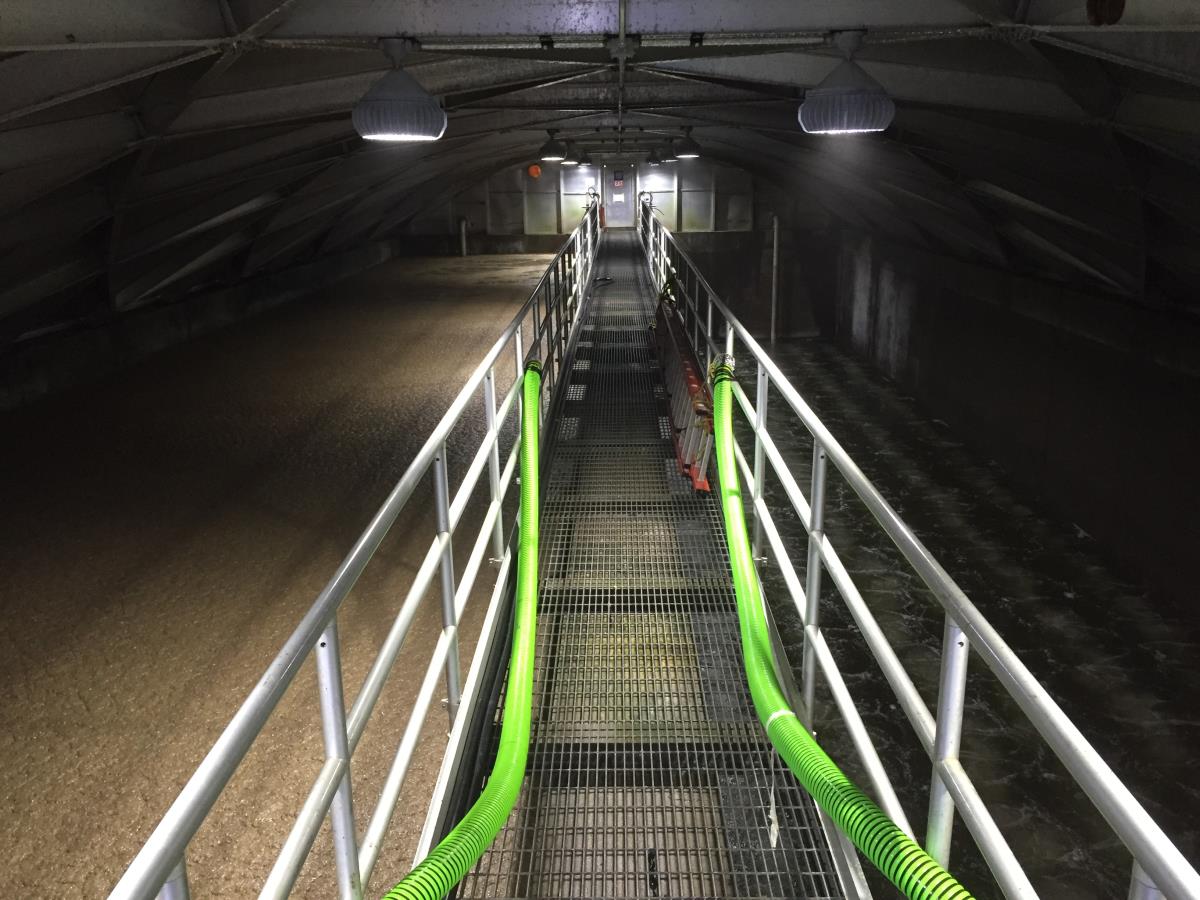 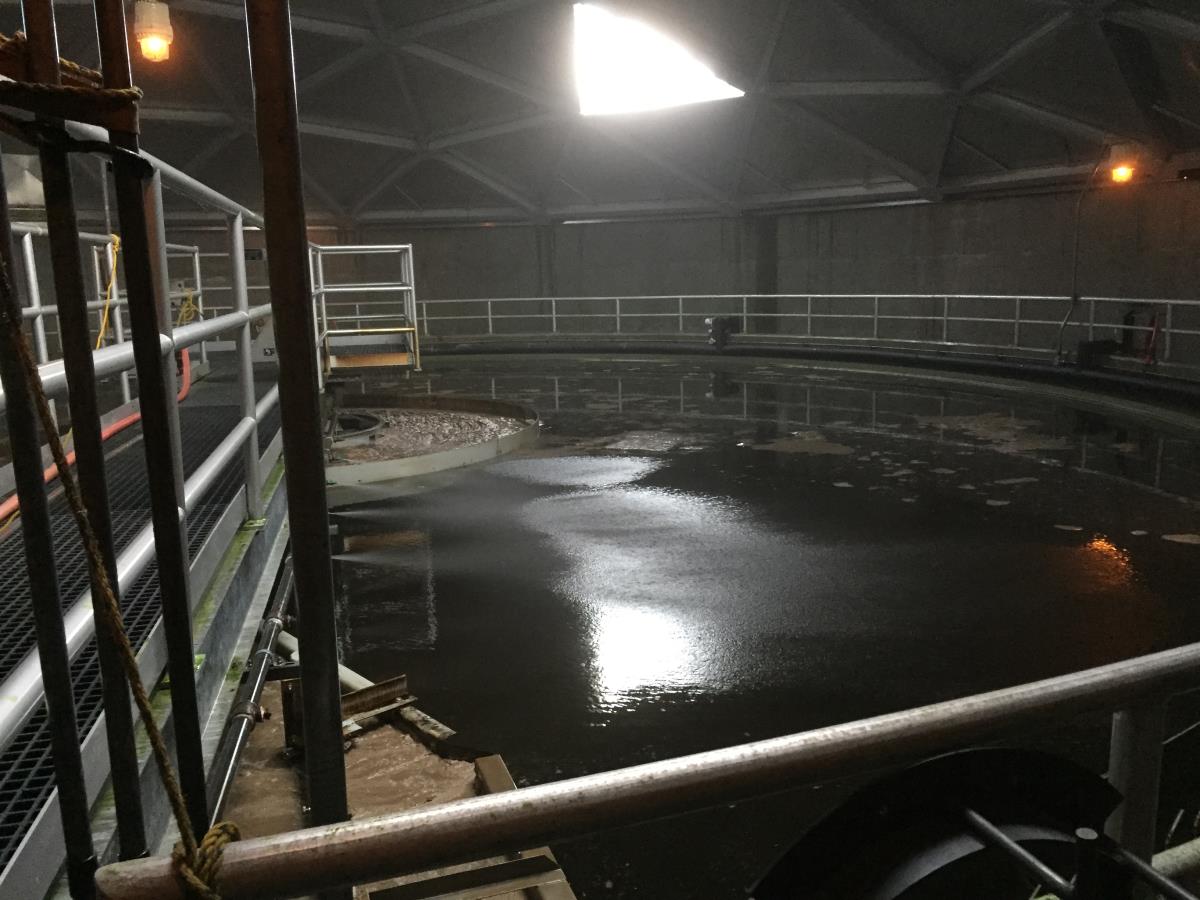 The clear effluent leaving the clarifier then enters the ultraviolet basins, which is designed to disinfect a flow rate of 1.2 MGD. Once disinfected, the final effluent is discharged into the receiving water (Mile 20 of the Kenai River). 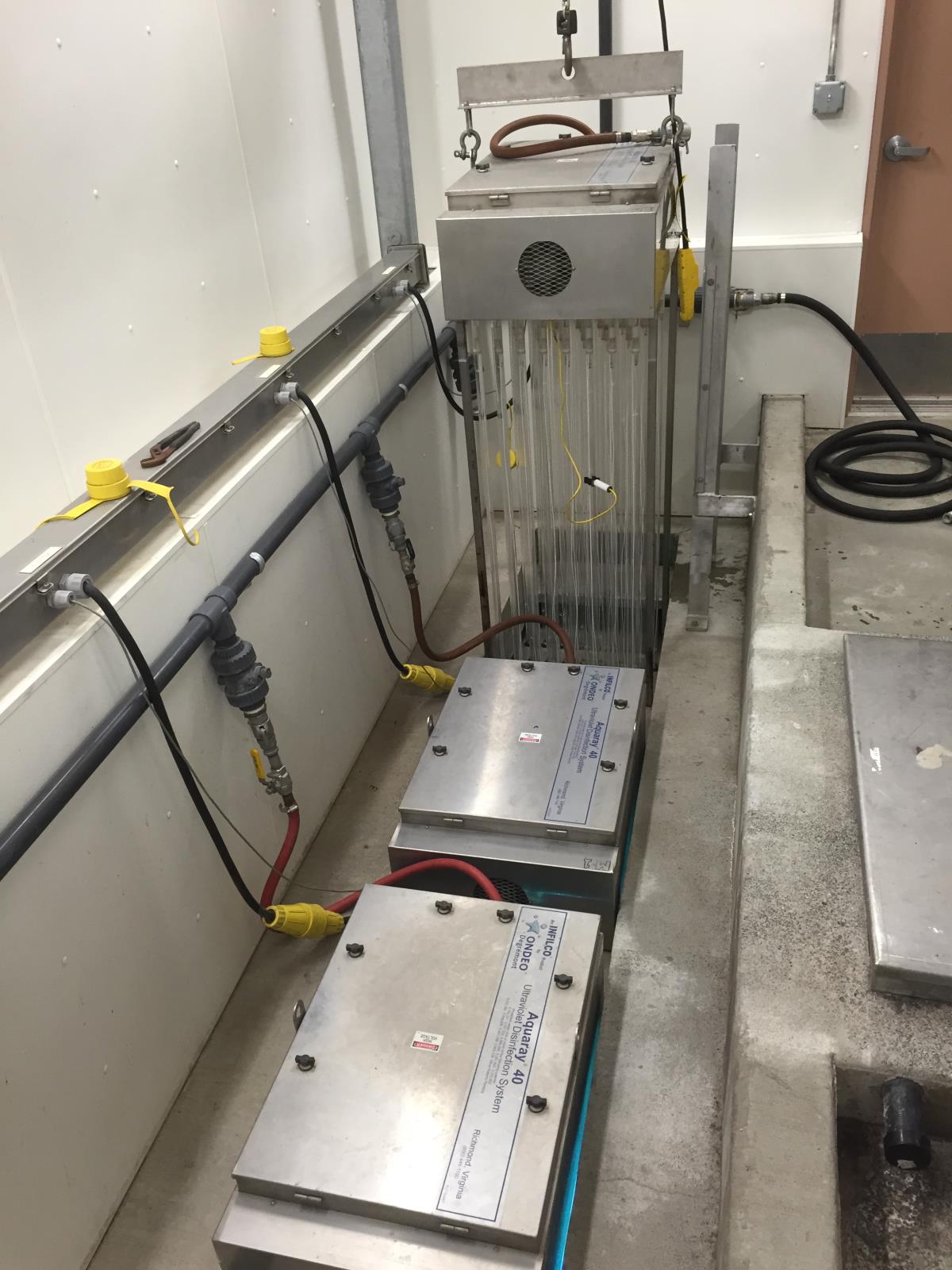 A percentage of the returned activated sludge is transferred to the aerobic digester. This sludge is gathered from the bottom of the clarifiers over a twenty-four hour period. After leaving the clarifier, the sludge then becomes wasted activated sludge. The principal purpose of aerobic digestion is reduction of biodegradable solids, odor and pathogenic organisms. Aerobic digestion is a method of stabilizing sludge by aerating it in an open tank for an extended period. The solids are then pumped from the digester to the belt press.

The belt press is used to de-water digested sludge pumped out of the digester. Once de-watered, the remaining conditioned sludge is 17-20% solids. Reducing the volume of the sludge by de-watering allows  for easier handling and disposal. These solids are then hauled to the Kenai Peninsula Borough Soldotna Landfill. 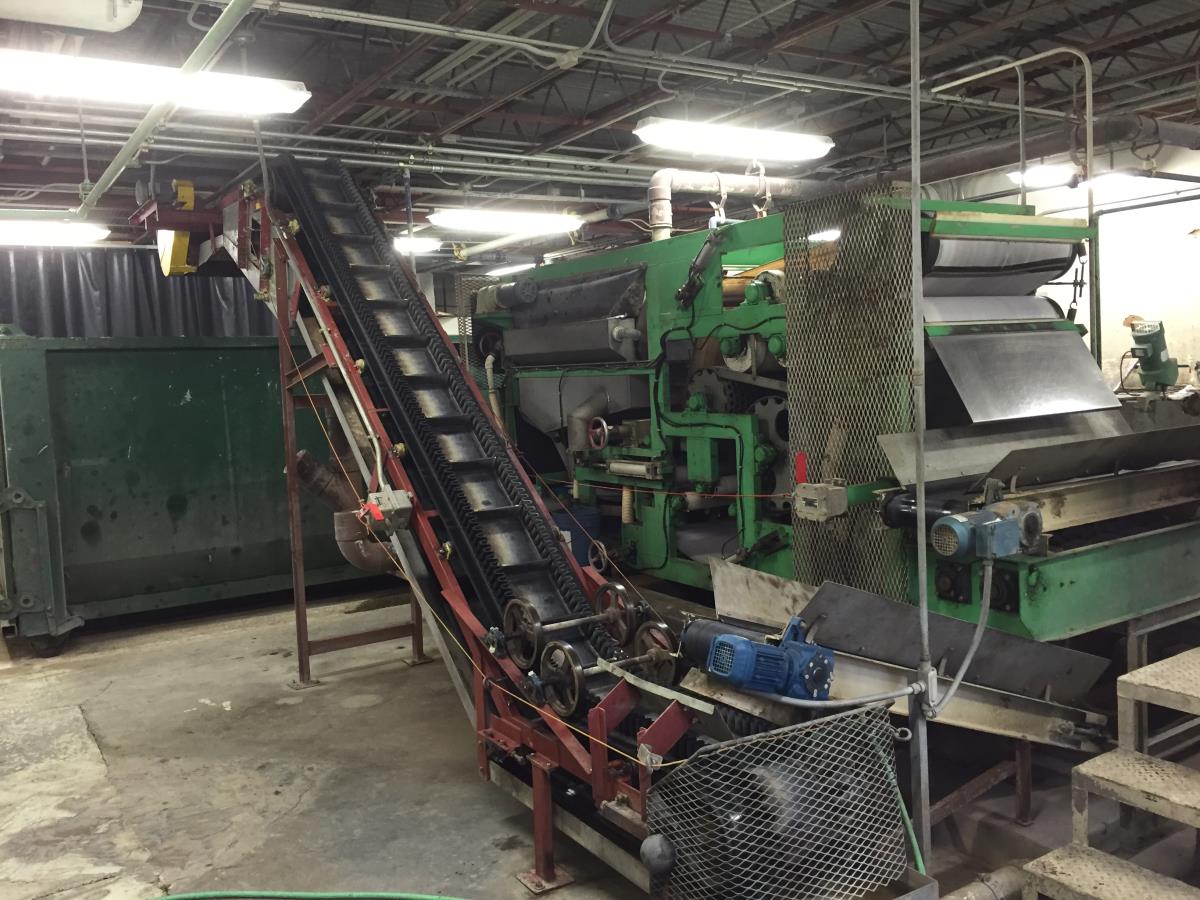 The Soldotna sewage collection system consists of the following:

The Soldotna wastewater treatment plant consists of the following: